​Chair of
the Council of
Women World Leaders

She was born in 1976 and graduated from the University of Iceland in 1999 with a bachelor's degree in Icelandic and minor in French. She received her M.A. in Icelandic Literature from the same university in 2004 for a dissertation on the work of popular Icelandic crime writer Arnaldur Indriðason.

On February 19, 2020, Her Excellency, Katrín Jakobsdóttir, ​Prime Minister of Iceland was appointed Chair of the ​Council of Women World Leaders. Given her appointment came in the light of the COVID-19 pandemic, Prime Minister Jakobsdóttir had participated in the Women Leaders' Virtual Roundtable on COVID-19 hosted by Phumzile Mlambo-Ngcuka, Executive Director of UN Women along with Gabriela Ramos, OECD Chief of Staff and Sherpa to the G20. The women world leaders discussed the disproportionately negative impacts of COVID-19 on women and girls and thus, the priority to implement policies that are gender-inclusive in the recovery path and amplify women’s voices throughout the COVID-19 response process in.
​On October 20, 2020, Prime Minister Jakobsdóttir joined The Washington Post for a conversation on “Leadership During Crisis.” She spoke on the lessons learned from Iceland’s effective COVID-19 response for other countries to consider and in preparation for the resurgence of COVID-19 in Europe. 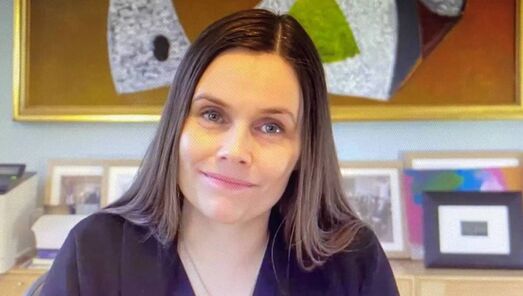 On November 25, 2020, Prime Minister Jakobsdóttir addressed a UNESCO high-level round-table on the International Day for the Elimination of Violence against Women. She highlighted the legislative work done in Iceland to progress gender equality, namely its first comprehensive policy in  in preventing sexual and gender-based violence and harassment. In her address, Prime Minister Jakobsdóttir said, “We are far from eliminating violence against women and girls. This has been illustrated both by the #MeToo movement and the alarming escalation in gender-based violence against women we've seen as a result of the COVID-19 pandemic. Violence against women is both the cause and the consequence of broader societal inequalities between men and women, and we must do all we can to end it. In Iceland we have focused on the rights of survivors and have taken legislative steps to increase these rights. We've aimed to improve survivor's trust and access to the judicial system, for instance by improving the quality and speed of investigations. We have also worked actively to include men in the conversation about gender inequalities and have invited them to be part of the solution."

From left to right: President of Estonia Kersti Kaljulaid; UN Women Executive Director Phumzile Mlambo-Ngcuka; UN Women Senior Advisor on women's leadership Birna Kristjánsdóttir; President of Croatia Kolinda Grabar-Kitarović; and Prime Minister of Iceland Katrín Jakobsdóttir (Photo: UN Women/Ryan Brown)
At the 2019 Women Political Leaders Global Summit in Reykjavik, Iceland, Prime Minister Jakobsdóttir spoke as a panelist for the Council of Women World Leaders and Vigdís Finnbogadóttir Institute of Foreign Languages Public Event: Women Leadership and the Sustainability of Languages and Cultures on November 19, 2019. During the event, the panelists discussed the significance of culture in achieving gender equality and the necessity for women role models in serving as examples for generations to come.
​
On November 20, 2019, Prime Minister Jakobsdóttir spoke at The Power Together: Reykjavik Summit 2019 held in cooperation with the Council of Women World Leaders and the University of Iceland. The event featured a round-table of women who have reached the highest echelons of leadership in their countries: Presidents, Prime Ministers and Special Guests addressed the most complex challenges facing the world.​

On September 17, 2018, the World Health Organization’s Regional Office for Europe featured Prime Minister Jakobsdóttir in their “Voices in the Region” video series: 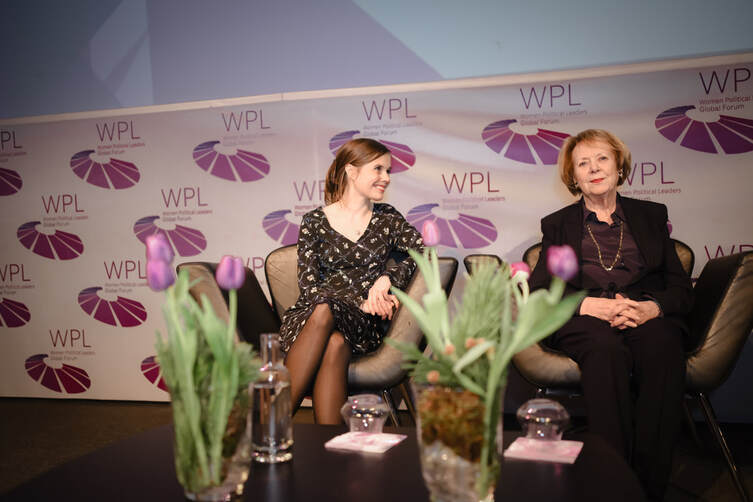 From left to right: Prime Minister of Iceland, Katrín Jakobsdóttir; Former President of Iceland, Vigdís Finnbogadóttir
On November 29, 2017, Prime Minister Jakobsdóttir presented at the Women Political Leaders (WPL) Annual Global Summit in Reykjavik, Iceland. Held by H.E. Dalia Grybauskaitė, the President of Lithuania and former Chair of the Council, the Summit was the largest meeting of women Presidents and Prime Ministers in the Council of Women World Leaders’s history. The convention of women Presidents and Prime Ministers served as a forum to discuss Council activities on the advancement of women’s political participation, as well as to honor the world’s first democratically elected woman President and co-founder of the Council of Women World Leaders, former President of Iceland, Vigdís Finnbogadóttir.